Last month, there was an announcement from Microsoft to replace the Classic Edge with its new Chromium based Edge through a new cumulative update. According to source, the company is now going to do the same with KB4576754 and KB4576753 cumulative update. 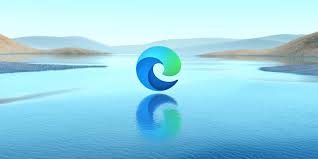 Microsoft is rolling out these two mandatory Windows 10 cumulative updates that will install the new browser by replacing the older one on Windows 10 version 2004, version 1909, version 1903, version 1809.

To download the KB4576753 and KB4576754 through go to the setting> Windows settings and Check for updates.  Key features of this update include:

The start menu pins, shortcuts and tiles of the current version will be transferred to the new Edge

Sources say, this update would be a one-way process, meaning you cannot revert to the previous update once you grab the new update from the settings.

However, if you can head to the command prompt and follow the steps below, you will be able to uninstall the new Edge: